"our november playmate may be the girlfriend of rock star todd rundgren, but she's very much her own woman" 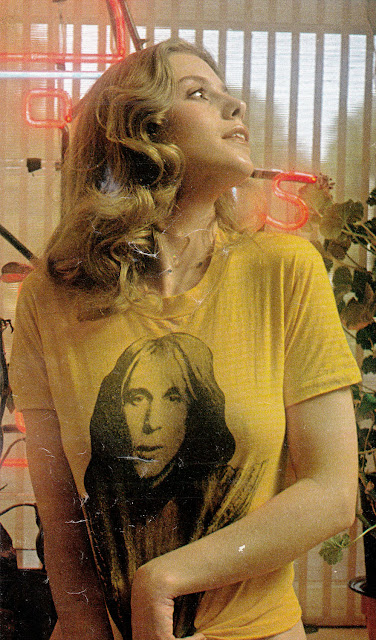 While the band tunes up before Todd's concert at Pittsburgh's Three Rivers Stadium, he and Bebe take a few moments together and chat with a fan (below). 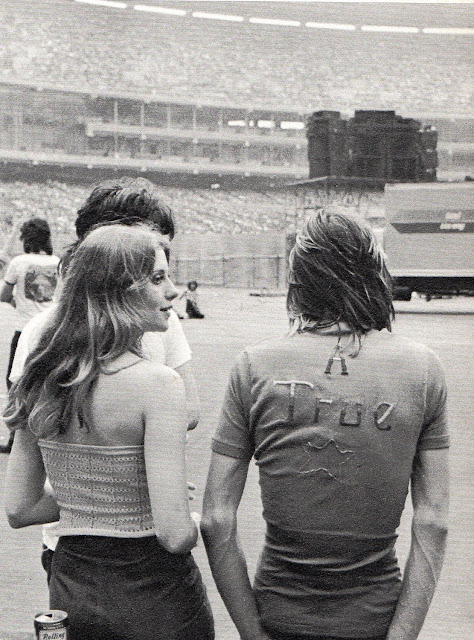 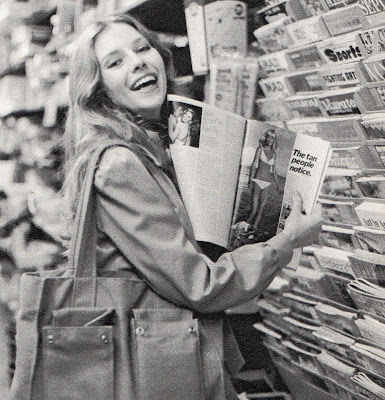 The next day, Bebe stops to pick up a magazine featuring a photo of her. 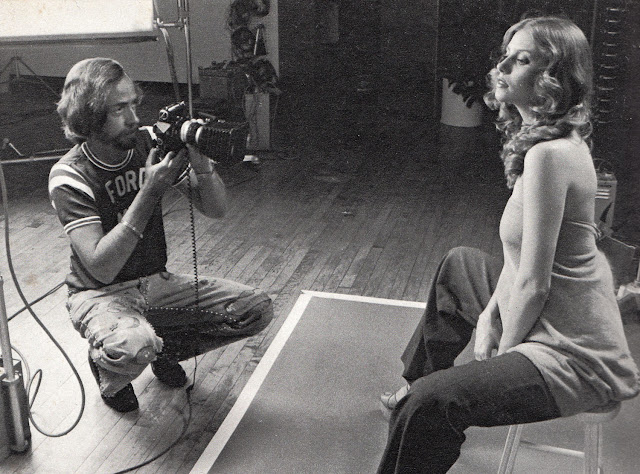 Back in New York - and to work - Bebe poses (above) for top photographer Pete Turner.  "For some models," says Bebe, "shooting sessions are nothing but a lot of hard work.  Not for me; I like the idea of putting myself into any mood or pose my photographer thinks is beautiful." 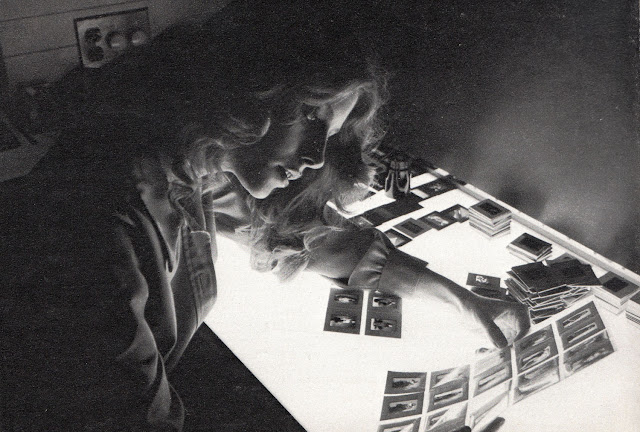 Returning to Turner's studio several days later (below), Bebe gets a chance to look at the transparencies of the shooting."

Photographed by Richard Fegley
Posted by Featherstone Vintage at 11:47